Skip to content
Visibility and representation are the most powerful tools in existence to protect LGBTQ+ folk, and Franco Stevens knew this 30 years ago. Her work helped move the nation forward socially and politically by creating space, visibility, and empathy for anyone who identified as lesbian.

Together we can preserve Franco’s legacy by continuing the fight for intersectional visibility of LGBTQ+ women and non-binary people in all walks of life. Here’s how you can take action.

Like so many inspirational LGBTQ+ icons, specifically women and non-binary folks, Franco’s story remains largely unknown. By screening the film far and wide we plan to increase awareness of Franco’s legacy and encourage conversations about the value of preserving and uplifting LGBTQ+ histories.

Amplifying voices and stories of LGBTQ+ women and non-binary folks creates a more equitible world! The Curve Foundation launched with the mission to empower lesbian, queer women, trans women, and non-binary people to share our culture and our stories, connect with each other, and raise visibility.

In our society, media is the most powerful force shaping cultural norms. The pervasive lack of representation sends a strong message that lesbians, queer women, and non-binary people are not valued. We’re seeing this play out around an appalling lack of stories centring queer BIPOC women, state and local anti-LGBTQ+ laws, and the dangerous onslaught of legislation against trans girls and women. We want to change this dangerous lack of representation and you can help us.

Research conducted by McKinsey found that many workplaces today are falling short of full LGBTQ+ inclusivity; particularly for women (especially trans women) & non-binary people. Use AHEAD OF THE CURVE as a tool to fight for change. We have developed a package for companies to encourage conversation and lasting change around LGBTQ+ inclusion in the workplace. Check out the Curve Workshop for your organization.

Dear HR,
Corporate America has played a critical role in the progress of LGBTQ+ rights over the past two decades with many companies making public gestures of support. Companies are also increasingly implementing recruitment practices, employee-resource groups, and marketing that embrace LGBTQ+ rights. A recent study from McKinsey, however, found that 40% of LGBTQ+ employees are not out at work, and 75% of all queer employees report experiencing at least one negative interaction related to their LGBTQ+ identity at work in the past year. Queer women and non-binary employees tend to experience disproportionately high levels of microagressions. There’s a growing business case for inclusion – employees who feel safe to be themselves at work are more productive and remain in their positions for longer – and the new generation of workers and consumers increasingly choose careers and products based on diversity and inclusion.

I recently learned about a great resource to help our company build a stronger culture of inclusion and belonging for LGBTQ+ women and nonbinary people called The Curve Workshop. I hope you will review this program and consider bringing it to [company name]. Other groups who have experienced the workshop have found it to be “thoughtfully planned” and an “indispensable tool that provides practical ways to ‘call people in’ rather than call people out.”

Finally, you can take meaningful action by sharing and supporting the work of all of our incredible partners. Every day, these organizations help LGBTQ+ women and non-binary communities to feel safe, supported and to be beautifully visible as their authentic selves. 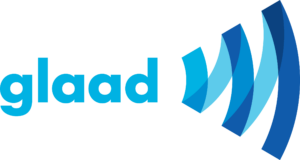